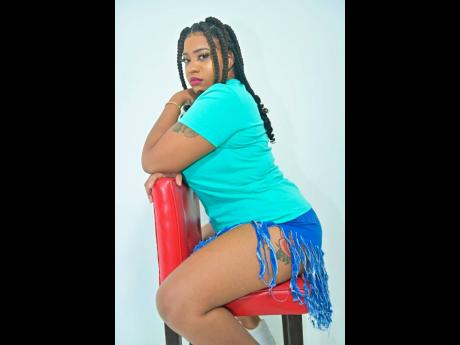 Tishana is confident that her new single, titled Best Friend Girl, will give her the musical breakthrough that she has wanted since she was 11.

"I've spent a lot of years working on my craft. I've paid my dues, and now it's my time to shine. It's finally happening, and I'm thankful to my Creator for blessing me with the talent to sing. I'm also grateful to everyone who has supported my career over the years," said Tishana. The single was produced by Troyton Music on the Perfect Timing rhythm. It was released on September 24.

"I'm pleased with the response my new single is getting. I'm grateful to all the DJs who are playing it. It's doing well locally and it's also picking up overseas," she said.

Tishana also has several other singles enjoying rotation locally and abroad, including Tackle Me, Jah Jah Warrior and Ordinary Girl. The entertainer, who turns 22 in November, is gearing up to release the single titled Money Molly Brown on the Nyah Bless label.