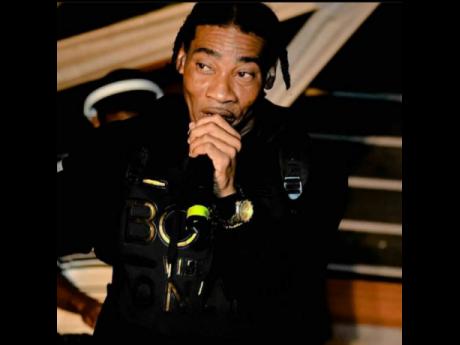 Dancehall deejay Danny English is switching things up on his upcoming EP. The project, produced by Paul Patmore's PP Productions, will host nine songs including a 'mama' ode, gospel track, and collaborations with his three sons. Currently unnamed, it is slated for release in January.

"I did a song for Paul called Give Thanks to Life in 2020, and it's been going on nice in Europe and getting heavy rotation and good comments, so we decided to work on an EP," Danny English told THE WEEKEND STAR.

"We started working on it earlier this year and now it's finished and just being mixed and everything."

He predicts that Mama Bawl will be among the first to take off. The track is laid on a hip hop beat and sees Danny English singing about the struggles of many single mothers, including his very own.

"It's my first time doing a 'mama' song and I know it's gonna be a smash hit," he said.

He sings about the true and living God on This Man is Real, and getting rid of toxic energy on Cut Dem Off, which features his sons Static and Bum Bam. His other son, Jayblem, is also on the project.

"I'm highlighting Bum Bam and Static, Jayblem is out there and he's creating a little wave right now," he said. "It was amazing working with my sons on music, dem really good."

Singer Kerry Lopez is also on the EP, as well as a party track for those who often associate Danny English with the Party Time hit he recorded with Egg Nog in 2002.

"Mi have great expectations for this EP, it's varied and it's nice, me nah tell no lie," he said. "Mi spend time a record this and it's been a while now so people can expect the unexpected and look out cause it's gonna be a big deal."