Ashari is bitten by the music bug 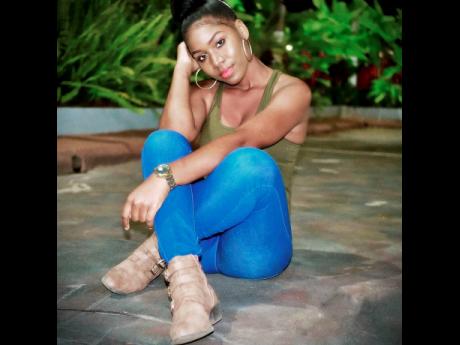 With only a couple of tracks to her name and just out of her mid-20s, Manchester-born Sharrie Simms' fresh take on crossover music sees her reaching deep into the registers of reggae and dancehall as well as R&B to test how far she can take her music career.

"Music is my priority. Ever since the first time I followed a friend of mine to a recording studio, the bug bit me to start," said the up-and-coming singjay.

Simms, who goes by the stage name Ashari, debuted with the single I Am A Star a little over a year ago but claims to already have enough material to fill an album. She has credited the likes of Outta Space Records' Steel Chest from Mandeville, who produced Charly Black's single X-Girlfriend, and Emudio Records, popular for work done with Govana and Jada Kingdom, for helping her on her journey to becoming a star. But before she got a start with top producers and labels, Ashari actually entered Digicel's Rising Stars competition in 2015.

"Back in the day I tried to be a 'rising star' but that didn't work out. I actually made it through the audition but didn't get called back," Ashari told THE STAR.

Not long after she was approached by persons who wanted to help manage her career and she is now under the wings of Young Stew Music, which recently released her single Like It.

"It's definitely helping me achieve that crossover reggae-dancehall sound. It has an international feel to it and as the title reads, people will 'like it' once they listen to it," she said. "Anyone who listens to my music will feel the emotions, my emotions, connect with me and be uplifted."

While she wants her music to motivate others, she describes herself as a "self-motivated individual" in every aspect of her life. She is determined to have collaborations with Dexta Daps, Shaneil Muir and Shenseea in the next year, and is also eyeing Spice's career as she makes a path of her own.

"I haven't met any of the artistes, but it will happen. I am hard-working and very determined. As for Spice, I really admire how she do her thing. She is at a milestone place in her career that anyone pursuing music and entrepreneurship would like to be at. For now, I encourage people to check out my music, especially Like It, because you going to like it," Ashari said.