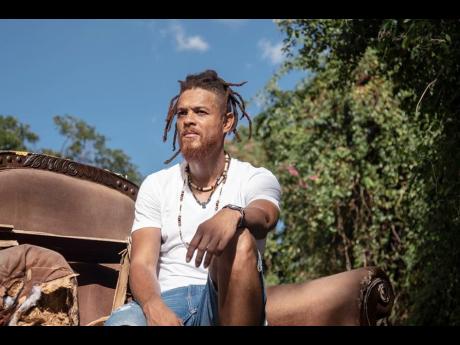 Emerging reggae singjay Panic is set to go to Portugal as one of the performers at Womex Music Festival between October 27 and 31.

He will be performing alongside Blvk H3ro.

"I am really looking forward to it as this gig will be my first major show in Europe. I am going to give them an energetic set. I've been rehearsing like crazy," said Panic.

In the meantime, he is generating a decent buzz with his latest single, titled Chase Your Dreams, which was released two weeks ago on the After13 Music label.

"This song serves as an inspiration to every child, every teenager, every adult to chase their dreams, no matter the odds," he explained. He said the song is also a timely reminder to himself to never forget his inner mantra, which is 'chase your dreams'.

"I wrote the song because sometimes I feel like I've done so much in music and it hasn't translated into viral success, and sometimes I want to stop. But in my brain, a voice keeps saying 'chase your dreams, yute'. Many times, I am at the end of my rope; so this song is also a reminder to myself as well to continue to chase my own dreams, despite whatever," he said.

Panic, who has been working for over 20 years as a musician, hopes to offer musical instruction to youngsters at a studio that he recently established in the Molynes Road area of St Andrew.

"As a big reggae music nation, I am surprised at the small number of Jamaicans who can play music. We need more musicians, too many people want to be deejays or singers. We need players of instruments," said Panic, whose given name is Tom Jones.