Jigsy hails Buju for giving him credit on ‘Bungo Cart’ 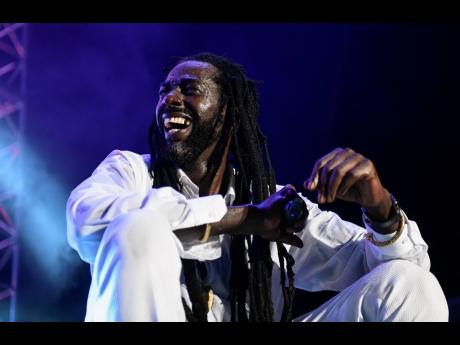 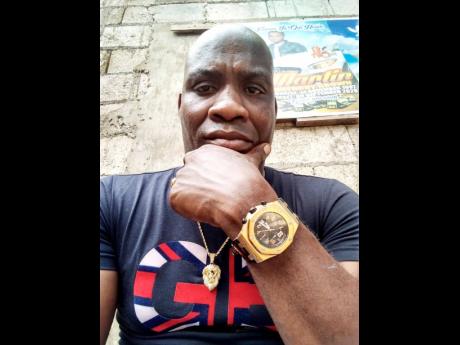 Original Bembe Thursdays selector, Jigsy, is giving thanks to entertainer Buju Banton, whose "righteousness" over a decade and a half ago is paying off for him now.

"I am grateful to Buju because I was the one who gave him the idea for part of the song Me & Oonu (Bungo Cart) and he gave me credit for it, which I didn't even know. The royalty from that song is my only steady income now," Jigsy, whose given name is Stephen Carridice, told THE WEEKEND STAR.

Jigsy, in recalling how the single came about, said that artiste Risto Benjie was clowning around one day while running a dub session for some Japanese clients.

"Risto was trying to hustle Buju and they got into an argument and Buju tell him 'Yuh see next year, watch me an oonu [expletive].' As Buju said that I could hear the punchline and is like it was just beating in my head. I said it to Buju and him call Angel Doolas and the two of them write the song same time," Jigsy said.

Unknown to him, Buju had listed him as a co-writer. In 2017, Jigsy got a message from dancehall artiste Serani that Junior Gong's road manager was looking for him and he finally reached out.

"Dem seh that Junior Gong sample the song on him 2017 Grammy-winning album and they were looking for me to sign off. I never even know what to believe. I did think it was some kind of scam because I didn't know that Buju did credit me. Eventually we sort out the paperwork and I get US$1,500 (which today is approximately J$220,500) for the few little words mi put in the song and every three months mi get my royalty," said Jigsy, who was also closely associated with the Danga Zone sound system.

He noted that selectors are the ones who play the music and help to push it across the four corners of the Earth, but they don't get any royalties.

"With all our style and argument, artistes study us and build songs, but they don't give us any credit. Is Ce'cile teach me 'bout credit," he said. The selector also lamented the state of the music industry owing to the prolonged lockdown.

"Is like sound system thing dead. It's rough on us. Only those who are able to make a breakthrough online are earning now. But sound system is not just the selectors and the owners, it is the man who lift the box, the truck driver, the vendors who sell soup and chicken and weed. It's a whole community of people with no work," said Jigsy, who recently voiced a song with Shaka Pow, titled Different Style.