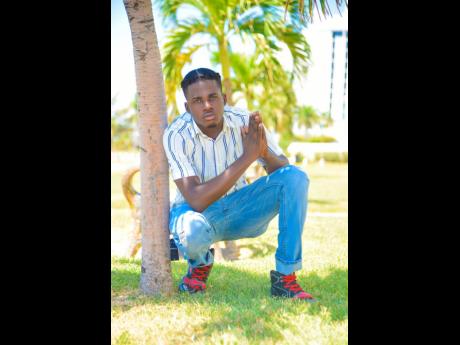 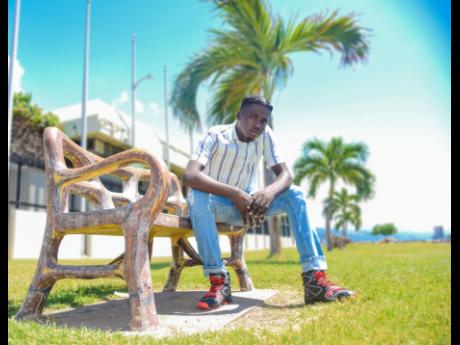 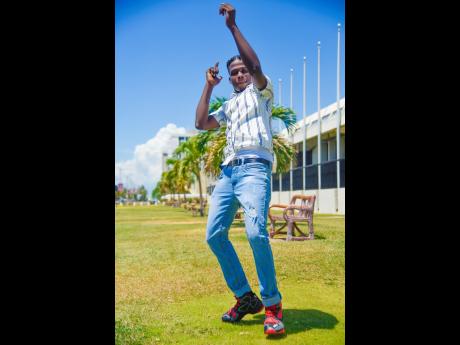 Ask anyone who knows anything about the streets and they will say the hottest dance trending on the dancehall scene is Rifle Walk, created by Coote Boss.

The dancer, given name Brian Creary, hails from Rockfort, Kingston, and discovered his love for dance at the age of 12. Looking up to Elite Team, the local dance group from East Kingston, he was inspired to take his craft more seriously. He had hoped to join the group, but was unable to do so at the time because he was too young. This setback only motivated him to push further and aim towards having a solo career.

"My real break came from being in a music video with dancehall artiste Bling Dawg. In the videos for songs like Aji Bounce and Kreech, I was highlighted as the 'Young Kreech'. That's where I got my start in this industry," he told Dancers' Paradise.

Creating an image, he needed a name that matched his energy. His friend, Shizzle Sherlock, came up with the 'Coote' aspect of the moniker, and the 'Boss', which was later added, spoke to his commanding presence on the dance scene. Showing that he means business, Coote Boss went from the 'Young Kreech' to 'Rifle Walk master'. He created the dance while at a memorial, where he was dancing and building the vibes.

Skillibeng's hit track, Bad Everyday, began blazing over the speakers and Coote Boss' movement formed a signature gangster motion. Before he knew it, the action became the Rifle Walk. "Dancehall is fun and full of vibes. My dancing style is different. I try to do different things from other dancers. I keep it simple so everybody can format my dance moves," he shared.

Coote Boss went on to make an official debut on another song from Skillibeng, titled Top Ranking. The heat from the track translated well with the dance move, and just like that, Rifle Walk made the rounds all over social media. Boysie Roses, Marvin The Beast, Pata Skeng, Energy, Aji and a host of other popular dancers have given the move their stamp of approval. Other dancers from countries like the USA, Panama and Japan have also taken to it.

It didn't take long for recording artistes to join in. Xyclone has used the dance as a promotional tool for his single Spaceship, featuring Ding Dong. Elephant Man recently jumped on the train with a song bearing the Rifle Walk name. And Coote Boss himself crossed over to music, collaborating with Shevdon. But his biggest recognition yet came when the dance was featured throughout Intence's music video, Yahoo Boyz. "It's a great feeling to know that other artistes are highlighting me to the world; it's very much appreciated," said Coote Boss.

He expressed gratitude for the love and support shown by various individuals and said that he is looking forward to sharing other projects that are in the pipeline.