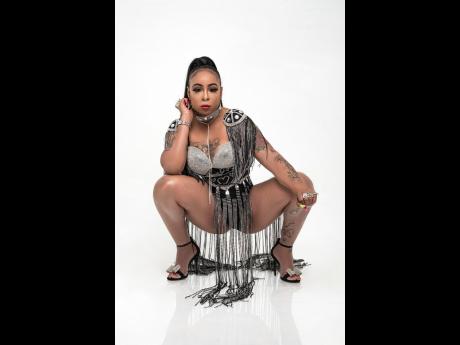 Best known for her raunchy, hardcore lyrics and outspoken personality, dancehall star Lisa Hyper is now taking that attitude and style in another direction.

"My aim is to crossover into a different market," Lisa Hyper said. "The latest single I have, which is a collaboration with Shatta Wale, is definitely bound to expose me to a new audience. And it's always good to crossover into other markets that appreciate dancehall music, gain new fans and I am spreading my wings."

The single Inna Di Night, which was recorded last year, turned into a fusion of several sounds, she said, including some elements of soca and the rhythm mimicking instruments played in traditional Caribbean music. But the deejay still maintains her raw and authentic lyrical flow.

She said, "I was first inspired by the rhythm, and it wasn't a case where I declared that this is what I wanted or was going for. It has a dancehall carnival sound yuh know, suh supn touch me and say do dah way yah ... . It really have da carnival type ah vibe 'mongst di dancehall and Afrobeat."

Lisa Hyper expressed her admiration for Shatta Wale's music and told THE STAR that the connection was made some time ago and they maintained communication via telephone. She is eager to have a music video recorded soon with the Ghanaian dancehall star so the song can be promoted efficiently. Shatta Wale's Instagram post about the song has received over 22,000 likes.

"I actually wanted to release Inna Di Night in the high season when a lot of songs come out for carnival. I never jumped in carnival before but I can imagine me wearing a costume and joining road march at this time of the year to promote it," she said. "Sadly, that is not possible with curfews and restrictions on gathering but I am hoping we meet soon in person to get the video done. If he can't come to Jamaica, maybe we will have to consider the option of meeting in the US to have the production done there."

Inna Di Night is slated for release tomorrow. Lisa Hyper is also making preparations to release her eight-track EP The Empath, which she said will introduce the emotional side of her to reggae and dancehall lovers.