Wanted: Actors with mastery of English 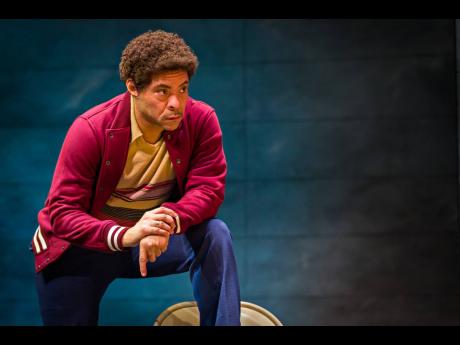 David Heron as Tony Welsh in ‘Marley – The Musical’. 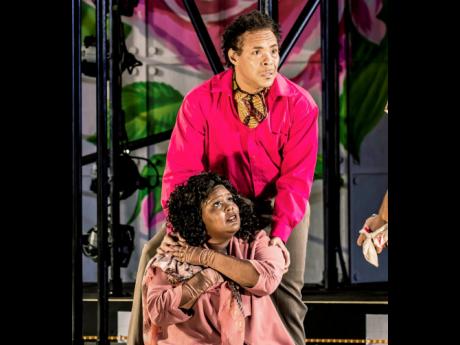 David Heron and Patrice Foster as lord and lady Montague in ‘Romeo and Juliet’ at the Shakespeare Festival of St Louis.
1
2

The issue of fake Jamaican accents in popular movies and television shows has been a significant talking point in the entertainment industry.

From Brad Pitt's cringe-worthy lines in the 1998 film Meet Joe Black, to the watered-down patois depicted in the critically acclaimed Kool Runnings, Jamaicans have long complained about the lack of fervency on the part of producers to cast real Jamaicans to portray Jamaicans in their films.

Award-winning Jamaican actor and playwright David Heron says the inability to strike a balance between a standard American accent and their native tongue could be the most significant thing keeping Jamaican talent from landing major roles in international productions.

Heron, who just finished narrating a Rolling Stones tribute podcast for the late Toots Hibbert called A Reggae King Rises, told THE STAR that as an actor with limited podcast experience, producers considered going with an American.

"When I had the chance to speak with the producers of the project, they told me they wanted a Jamaican performer who had done Shakespeare and was classically trained. They said for the project they wanted someone who had a masterful command of American English, but they also wanted someone who sounded authentically Jamaican, someone who could straddle both of those worlds," he said. "They wanted the portrayal of Toots to sound real. I think producers across the globe are realising more and more that they cannot get away with a Kool Runnings or a How Stella Got Her Groove Back situation. Both of those are films I enjoyed immensely, but as splendid as the actors were, they couldn't get the Jamaican accent right."

Heron said that the fact that the producers realised the need to get a Jamaican for the podcast, suggested to him that producers "now know that because of social media and the ability of anybody anywhere to go to YouTube and hear what a real Jamaican accent sounds like, they are now being held accountable".

But Heron says Jamaican actors would continue to be overlooked for parts they are capable of handling because they do not possess the ability to 'swing out' of their native tongue, something he has heard complaints about.

"A lot of the talent coming out of Jamaica is rough around the ages, and we need to fix that," he said. "As much as we would love to do these films in patois right through completely, we have to think about the audience and reach. Viewers still need to understand what you're saying. If you can't shake off the Jamaican accent and sound 'American' as needs be, things will not improve. You should have the ability to do both."