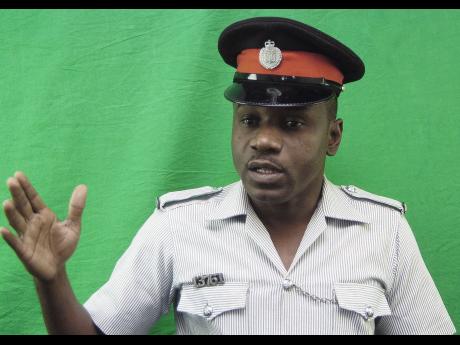 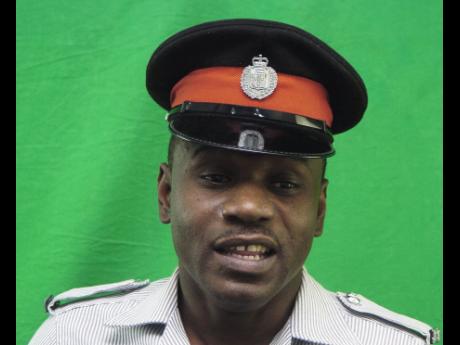 Constable Ricardo 'Wowski' McCalpin believes that the hierarchy of the Jamaica Constabulary Force (JCF) should put more resources into alternative crime-fighting strategies as they aim to reduce violence in the nation.

The cop, who is attached to the Community Safety and Security Branch (CSSB), believes the police do not have to be armed to carry out their duties.

"The problem of fighting crime does not require a gun all the time. As a policeman, when I go into schools, I don't carry a gun. You don't need a gun to encourage youths not to pick up badness," the officer said.

Armed with an arsenal of lyrics, since 2012 the policeman has been embarking an operation that he dubs 'Fighting crimes with rhymes', which targets youths who may turn to a life of crime.

"We haffi reach the youths them and the music is a powerful way to reach them," McCalpin reasoned.

The policeman would love the Ministry of National Security and the JCF to officially recognise his initiative, as well as allocate resources to help achieve his objectives.

Having been a member of the Safe Schools Programme since 2010, he has visited numerous schools and public gatherings where he uses his music as a motivational tool.

"I go into some desolate places to reach the youths in the inner city to mentor them. It is not all about the music, but you use the music to grab their attention," he explained.

The policeman, who is working on an EP titled Colour The World Like Crayon, is adamant that he is not using the programme to further his music career.

"If I was using a medium to get popular in Jamaica, I would have to rebut that claim, because a mostly negative get popular in Jamaica. I want to be at the forefront of a positive change. It's about doing positivity and highlighting it. And if I was doing this, it would still be a win-win situation," he said.

With the hopes of getting youths out of crime, the cop intends to set up programmes that will help them enter the creative industry.

"In the future, I want to embark on a plan to recruit and train them in voice training, studio engineering, web design, videography, train them to play instrument. I want it to be more measurable, so we would want a location where we can monitor the development of the youths," he said.

Although he intends to seek funding for the programme, he admits that some individuals in corporate Jamaica and Government might not support his efforts.

But McCalpin is not alone in his efforts, as other entertainers, like Orisha Sound, Shuga and Dailo have latched on to his initiative.

Dailo, whose real name is Christopher Stevenson, is the second member of the JCF to join the movement. The crime-fighting constable, who is attached to the St Ann Police Division, says he joined the initiative to help broaden its reach.