What if your son decides he is a girl? 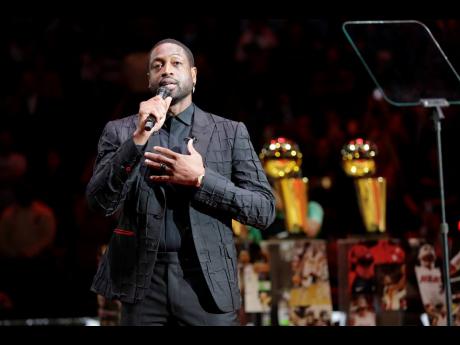 Dwyane Wade’s 12-year-old child, Zaya, was born a male and was given the name Zion. The child now identifies as female and uses the name Zaya.

What if who you are in your mind does not match with how you look? Transgender people have had to wrestle with this issue because they identify with a particular sex but were not born with the sex organs that match their sexual identity.

Dictionary.com defines transgender as: “Noting or relating to a person whose gender identity does not correspond to that person’s biological sex assigned at birth.” For example, being transgender means feeling like a female but having the physical body of a male. Typically, when we think trans, the image of a drag queen comes up and that’s because, for a long time, that was the most popular representation of transgender that was available, especially in movies.

Drag queens are typically transvestites (a person, typically a man, who derives pleasure from dressing in clothes primarily associated with the opposite sex), which is different from being transgender. RuPaul was the first and most famous drag queen that many of us were exposed to.

In recent years, there have been a few transgender celebrities, like the Kardashian’s Caitlin Jenner and actor Lavern Cox from the TV show Orange is the New Black. While many people can see the joy that making the transition can bring to adults and understand how important it is to be happy with who you are, it becomes a different conversation when it includes transchildren.

Recently, NBA star Dwayne Wade and his wife, Gabrielle Union, announced that their 12-year-old child is transgender. Born male, Zaya identifies as female and her parents are not only supportive of her, they have stated that they are proud to have a transgender child. This revelation has sparked much controversy, because there are people who believe that a 12-year-old has no real concept of gender identity and, as parents, should not encourage this ‘phase’ that the child is going through.

NOT BLACK AND WHITE

For many of us, gender has always been clearly defined – if you have a penis, you’re a man; and if not, you’re a woman. However, for a growing part of the human population, it’s not so black and white. The shades of grey are varied and people are representing their gender is a myriad of different ways. The concept can seem confusing, especially to people who don’t live that experience.

For a transgendered person, it’s very challenging to find a way to represent who they are physically with how they feel mentally, especially in a society that defines gender on a binary scale. In the meantime, all we can do is try to understand each other’s experience as we try to navigate life’s journey.